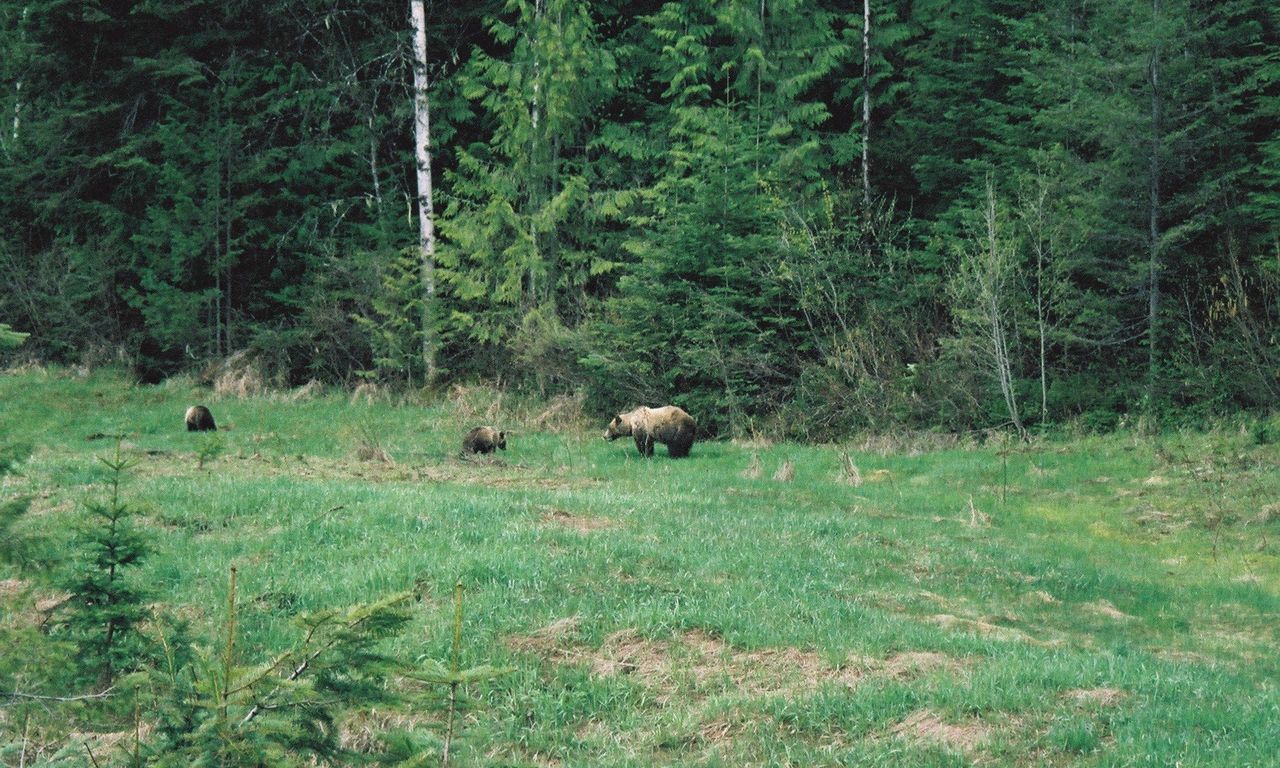 The heart of the Kootenays, our area is a hiker's paradise.

Just be aware you could be joined by wildlife.

As I was hiking The Loop this morning, a short hike that connects Oscar Bear Forest Road and Wildhorse Creek Road via a beautiful forested mountain path, I was reminded of Dale Hunt.

Dale was an old timer here in Ymir that worked as a hard rock miner and gold panned in the rivers till the day he died. Dale was the strongest man I ever encountered. He stood over six and a half feet tall and the size of his forearms put my legs to shame.

Years ago, Dale and I would run into each other frequently, we were both fans of early morning hikes and we both loved The Loop. Though we always had a little chit chat by the Salmo River Bridge, I never even entertained the idea of walking with him. His regular stride was worth three of mine, and his pace was that of a work horse. The only being alive that could keep up with Dale was his old companion, a Doberman Pincer named Shadow.

One spring morning he warned me not to do The Loop as he told me of an encounter he had the previous morning.
He was just coming down the Wildhorse side of The Loop when he looked up and saw a bear walking directly towards him. Dale, being a true Kootenay mountain man, had had his share of bear encounters, but this one was different...
This was a glorious grizzly bear that made Dale look small in comparison. As Dale watched the bear continue up the trail with no signs of veering off the path, he knew that his time was limited.
He took off his old ball cap, threw it on the ground and slowly walked backwards. When the grizz arrived at Dale’s old cap, he sniffed it, swatted it around a bit, and kept walking. With these few extra seconds, Dale retreated even further up the path.
Next to come off was his shirt. Again, when the grizz arrived at it, he sniffed it, swatted it and continued on, buying Dale even more precious seconds. This continued all the way up and down The Loop until the bear and Dale reached the merging of two paths. Dale took one and the bear thankfully took the other.
By this time however Dale was down to his socks but decided to keep walking and leave his clothes for the mountains.

As luck would have it, I didn’t go walking that previous morning and no one was around to see Dale making a beeline, buck naked, for his house on the other side of town.

Dale was known to spin a few tales in his time, but two things I know for sure. One, I never did see that old ball cap again. And two, we both chose not to hike The Loop that morning, opting instead for the River Trail and for the first and last time, we walked together.

Now every spring as the bears come out of hibernation, I think fondly of Dale and I make sure I have a few extra layers of clothes on as I head up The Loop.
There are so many beautiful trails around Logden Lodge, enough to share with all the wildlife. Be it river trails or mountain walks, we would love to show you around.